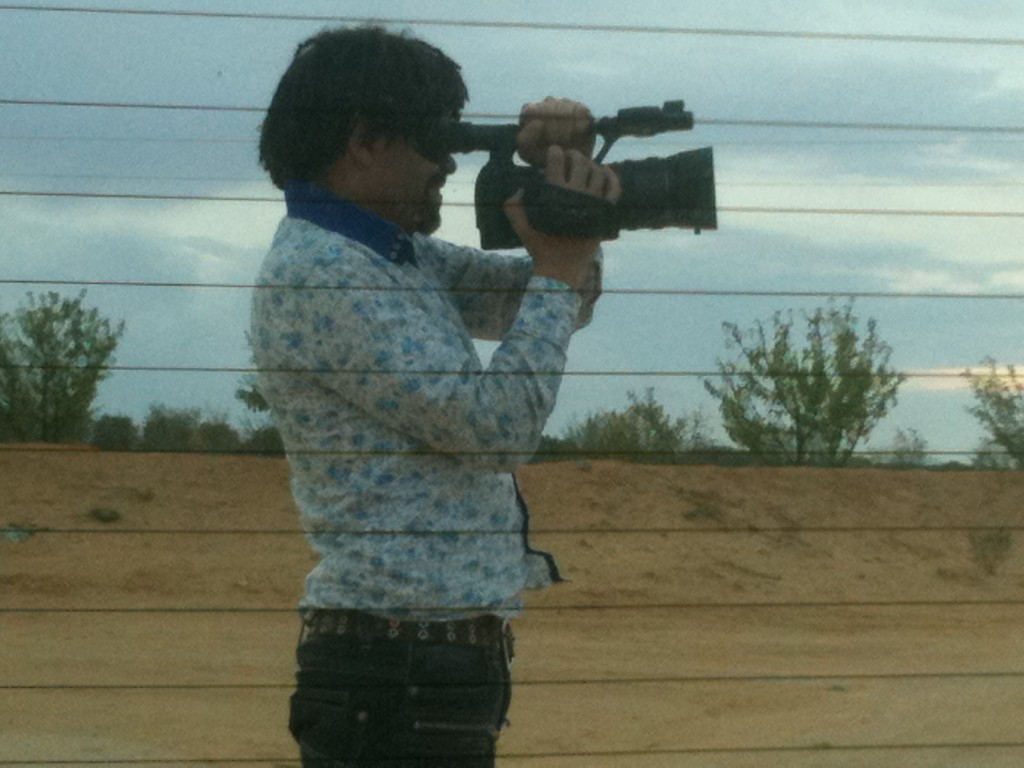 Cineast, on a quest for peace and justice. During the Jasmin Revolution Farhani returned to his country of origin, Tunisia. He founded Tunisian Dream for film and documentary productions. His last movie that has Dutch subtitles is called Al-Sharara, the fuse. It tells the story of a country in turmoil through the eyes of the poor and underprivileged. The trailer is here.

Farhani was involved in the research for the book Asfour, la trahison, by Caro Sicking. The novel is located at Tunisia during the first free elections after Ben Ali was ousted. There is a trailer in Dutch and French available.

He worked alongside Kasba and Studio nonfiXe in diverse projects, the clip for the song Nabina, peace for everyone, is one of those.

Mongi Farhani is born in 1968 in El Kef, a town with an illustrious past, the land of Carthagens, Greec, Romans, Berbers and Arabs, Tunisia.

Aware about the vibes of his surroundings, conscious of the influence of the past in the present, Farhani chose to study literature. Driven by motives to denounce injustice, he left for Europe. In Italy he studied theatre, after which he found a new home in the Netherlands in 1995.

Mongi Farhani produces movies and documentaries, writes poems and paints. In the Netherlands he worked as freelance filmer for diverse broadcasting companies, such as NMO, NIO and Omroep Brabant. In 2008 he founded broadcaster for youth, ‘Overzuidelijk’ in his then hometown Boxtel.

Furthermore Farhani worked with Maarten Melis in MIM&EM. They produced cartoons for world peace, integration, anti-discrimination and anti-violence. In his work Farhani tries to bridge East and West with humor, stressing what connects people.

An example is the short movie ‘Geraakt’, that was endorsed the Journalist & Critics award of the Arab Filmfestival 2010 in Rotterdam. It was broadcasted on national television on July 11, 2010. One year after the cinema premiere.